Nepal is best known as a travelers paradise all around the globe. It is a heavenly destination that offers its visitors with high mountains, lush hills, pristine lakes and rivers, towering temples and Heritage sites in Nepal . Nepal is not only rich in natural aspect, but it also carries within a history of culture and tradition, some of which are preserved to date in forms of monuments, museums, architecture, and sculptures.

Since the people of Nepal are a cosmopolitan mixture of various ethnicity, language, and culture groups, Nepal holds a diverse range of cultures. Nepal has few monuments enlisted in World Heritage Sites. According to the UN governing body, UNESCO, World Heritage Sites are places that belong to all the people in the world. Some of these heritage sites are even over 2500 years old.

There are ten places in Nepal that have been enlisted in UNESCO’s list of World Heritage Sites. If you plan on visiting these sites within a very short time, then this package is just for you since the majority of these sites are inside Kathmandu valley and in close surroundings. However, three of these sites are located outside the capital.

Bhaktapur Durbar Square is a mirror of Nepalese art and architecture. The area around this historic site is still medieval in character and is breathtakingly beautiful. It is located 15 kilometers east of Kathmandu. It has a beautiful museum on its premises. The city itself is famous for tasty yogurt (JuJu Dhau), Bisket Jatra, Gaijatra (Saparu), blackcap (Bhadgaule topi) and traditional Newari costume of women (Hakupatasi). Mesmerizing palace, beautifully designed temples, live open markets, rich culture, and enchanting architecture are some of the specialties of Bhaktapur Durbar Square.

Kathmandu Durbar Square is an artistic heritage site with temples, pavilions, columns, and an ancient royal palace.  there are more than 50 monuments within a 150-meter area radius Which makes this site more unique. These monuments have stood there for thousands of years. However, the original size has been significantly reduced by the disastrous earthquake of 2015. But, Kathmandu Durbar Square still displays remarkable architecture and grandeur.

Magnetic and attractive, the great stupa of Bouddha stands proudly in the north-eastern part of Kathmandu. Boudhanath Stupa depicts live display of faith and ideologies transforming into exercises and devotion. The resonant recitation of sacred texts and beating drums add up to the serenity of the place. 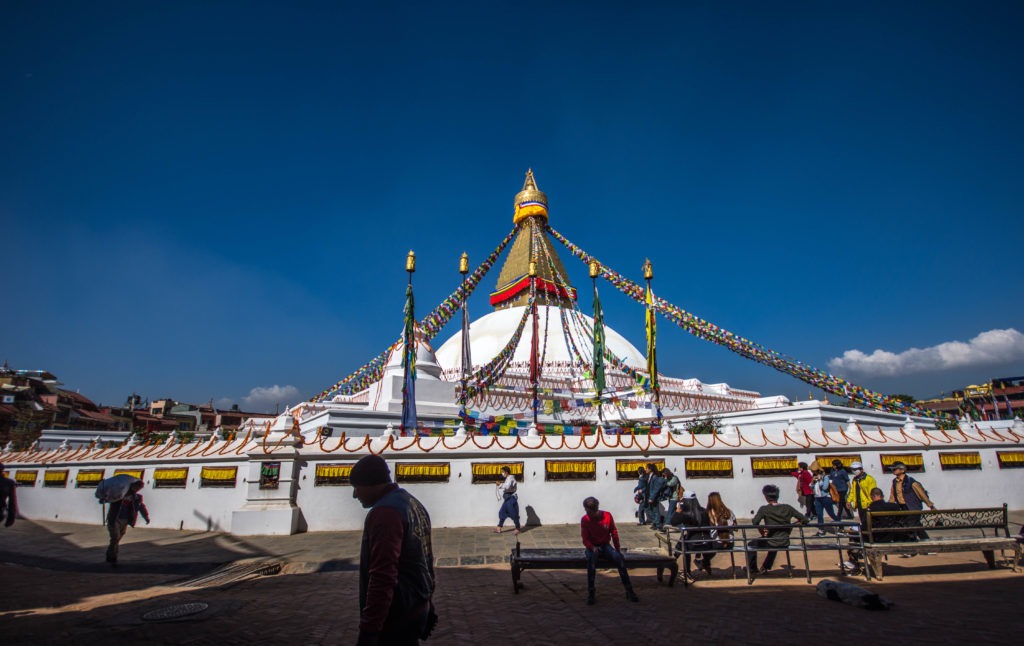 Changu Narayan Temple stands tall on a hilltop 22 kilometers from Kathmandu, at an altitude of 1,541 meters. It is considered as the oldest Hindu temple of Kathmandu. The other exciting combinations of a package that the place can offer are cultural observation and natural sightseeing, including hiking, walking and museums.

Pashupatinath temple is a two-storied pagoda temple located on the banks of Bagmati, a subsidiary river of Ganges. It is one of the holy Hindu temples with silver doors, sparkling roofs, and sophisticated wood carvings. A temple is a philosophical place where funeral pyres burn in synchronization to the chanting of religious hymns and temple bells. 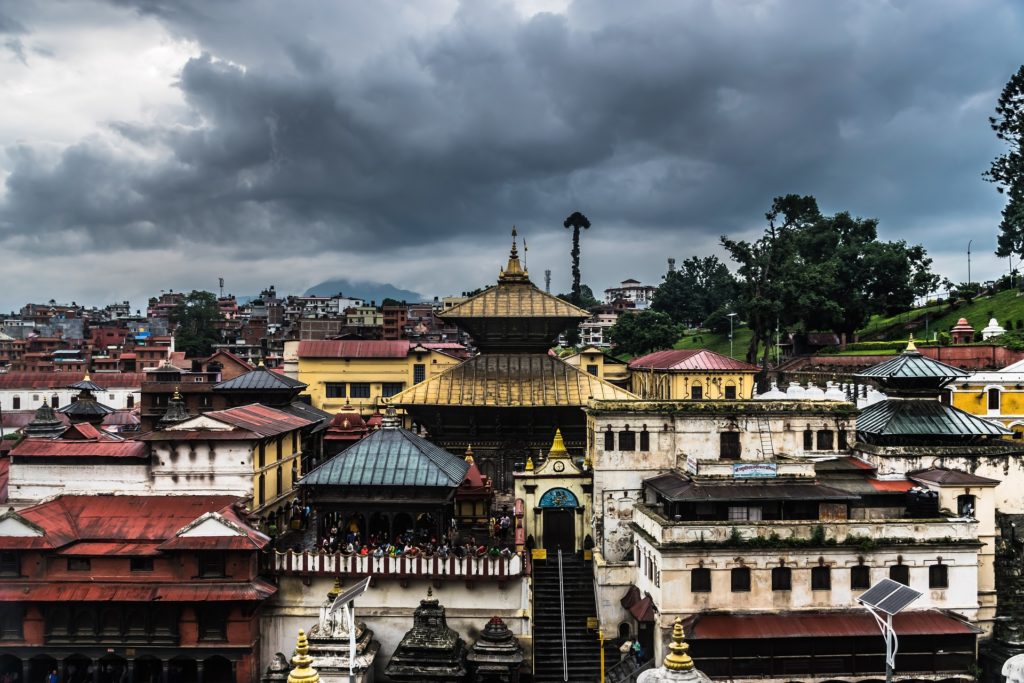 Patan Durbar Square showcases the wonders of fine arts and is believed to be one of the earliest settlements in the valley. The dense concentration of monuments and stupas in four cardinal directions, which are believed to have been built by the Indian Emperor Ashoka in 250 BC, leaves every visitor spellbound. 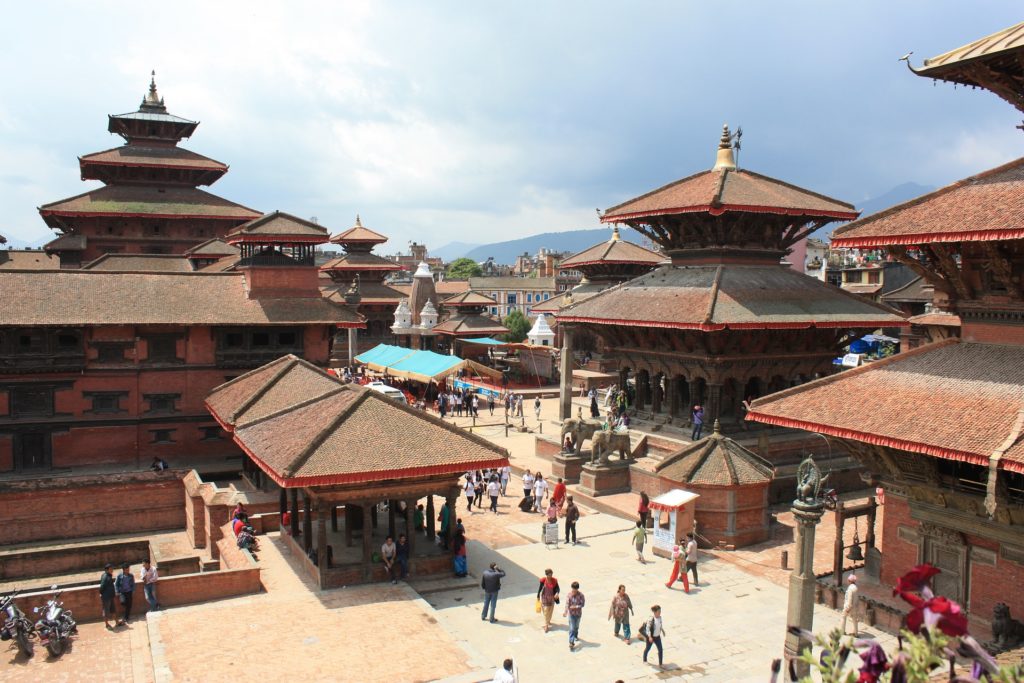 Swayambhunath Stupa is situated on a hillock 77 meters above the western end of the Kathmandu valley. It has been the center of Buddhism for centuries in Nepal. The specialties of this site are events like Buddha’s birthday, Losar, and Gunla, where thousands of Buddhist visit and worship every year. The Buddhist organizations worldwide have remarkably contributed to erect monasteries, temples, and parks around the holy site.

Lumbini is one of the world most important Buddhism religious sites, world heritage sites of Nepal. It is the birthplace of Lord Buddha. It is situated 230 kilometers away from Kathmandu at an altitude of 150 meters above sea level. The calmness of the place overwhelms anyone as one roams around the rich architecture of temples and monasteries in Lumbini.

Chitwan National Park is the first national park of Nepal. It extends over an area of 932 square kilometers on the southern plains of Nepal. It showcases an amazing natural ecosystem with a wide and diverse range of flora and fauna. The exciting activities inside the national park include elephant riding and canoeing. A trip to Chitwan National Park can be relaxing and refreshing for explorers and travelers. 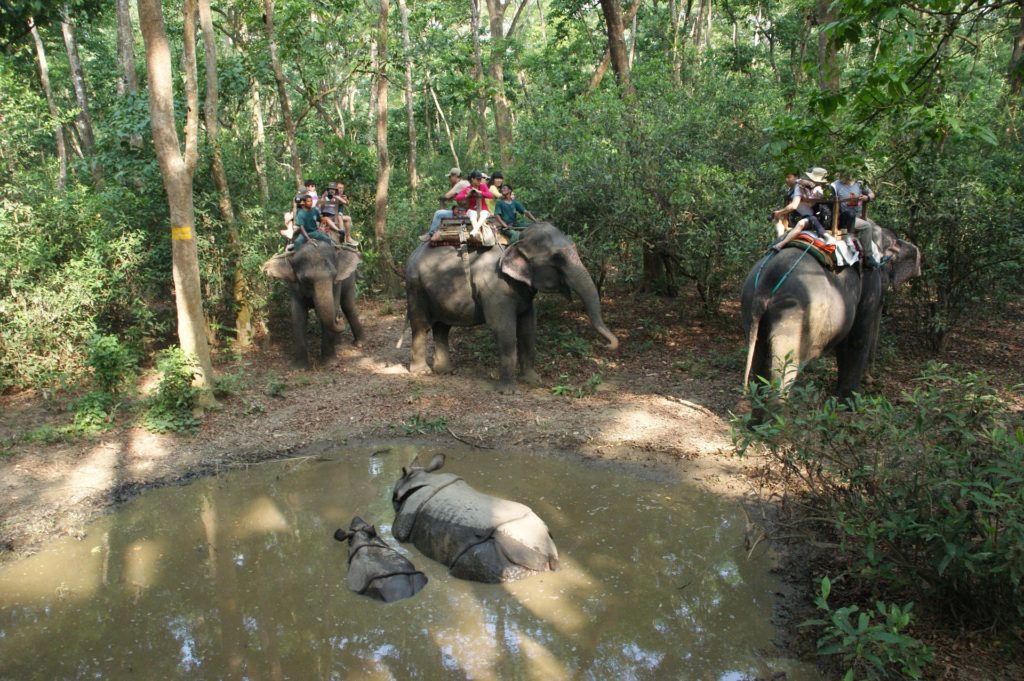 Sagarmatha National Park is a protected area in the lap of Himalayas. Sagarmatha is situated in the eastern region of Nepal. The special feature of the park is that the world’s highest mountain peak, Mt. Everest stands tall within this national park.

If you are interested in visiting these World Heritage Sites or particularly any one of them, please don’t hesitate to contact us. Nepal Intrepid Treks is here to guide you and make your journey the best one in every way possible.