It feels a heavenly experience to trek in Nepal. I had recently travelled to Nepal and this time unlike my other visits, I had opted for trekking to the Everest Base Camp Trek. Prior to this decision, I had gone through a short research on Everest Base Camp Trek i.e. how does it feel like, how difficult is it, will I be able to walk to the base camp, etc. When I started my journey and ended it successfully, I had a different feeling.

The feeling was superior to any kind of description about Everest Base Camp in any books or web-pages. It was majestic, something that cannot be described in words but can be felt live.

At first the power that the term – “highest mountain of the world/ world’s highest mountain” had was very empowering. I was attracted towards the trek through these phases itself. But as I experienced the trek, I found out why the term was so empowering. The wilderness that the highest mountain of the world possessed with other neighbouring peak possessed was an inspiring experience. The journey began with a flight from Kathmandu to Lukla. As expected it was a thrilling experience. At once, the magnificent views of mountains awed by heart and in the other second, my heart skipped a beat when the narrow airstrip made a dramatic landing on the short runway of Lukla airport.

After landing in Lukla, we escort our journey ahead. The trail descended down to Dukhkoshi river and then slowly ascended up through a pristine environment. The path was well paved and easy. The stopping point for day I was Phakding. I had a superb dinner and sound sleep at the guesthouse in Phakding.

Second day of the trek was more of ups and downs. The trail passed through wonderful landscape with lush forests, charming villages and mountains on sight. We entered into the Sagarmatha National Park and passes some villages like Monjo, Jorsale to Namche. During the walk from Lukla to Namche, I got a chance to cross the long suspension bridges over the river multiple times. 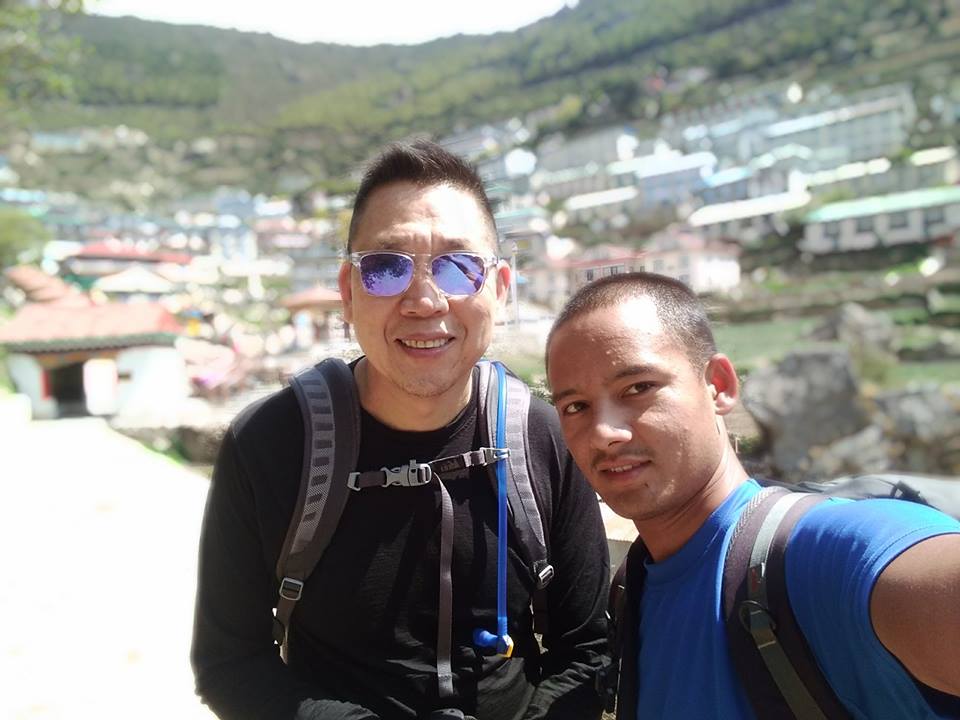 It was exciting day at Namche. I wandered around the shops and narrow street for a while. People were busy with their own works. The street was busy with trekkers, locals, dzopkyos hauled with goods and traders. We spent an additional day in Namche for acclimatization. We walked up to Everest View Hotel. The hotel offered an amazing close up views of mountains in Everest that included Mt. Everest, Mt. Ama Dablam, Mt. Lhotse, Mt. Nuptse, Mt. Tawache, Mt. Thamserku, etc. After the hike up, we returned back exploring the museums and photo gallery on the way.

As we moved ahead of Namche, the sight of mountains started to get more clear and close. We had to ascend up through a not so easy path to Tengboche but the walk was captivating with splendid views of mountains. At Tengboche, there was a beautiful monastery. My guide told me that it was the biggest spiritual hub of that region. I visited the monastery and relished the close of views of Mt. Ama Dablam that stood high just behind the monastery.

Going up from Tengboche was another unique experience. I could feel the change in landscape, vegetation and thinness in air. I could feel the wilderness in the meadows of Dingboche and Lobuche. As we were going ahead, the air was getting thin and the mountains were getting closer and closer. I could feel my body ache but the lust of mountains was making me walk further and further.

From Lobuche, we walked towards Gorekshep and then to Everest Base Camp. I was totally tired but once I was at the base camp, my tiredness vanished in a glimpse. The tall, sky dominating mountains were right before my eyes, standing tall and high like ever. My guide pointed out the names of the peak but the including part of Mt. Everest. After the Base Camp we are more interested to see the sunset so we hiked up to Kalapattar and it was outstanding view to look it. I could see the golden light of sun fall over the panoramic views of mountains in Everest region especially the Mt. Everest that was a heavenly experience in my life. After applauding the glory of mountains for a while, we concluded our trip and started descending down towards Pheriche. We further descended back to Lukla via Namche and caught a return flight back to Kathmandu.

Sunrise view from Kalapatthar on the Everest and Nupse

In this way, I concluded my trip to Everest. The snow-clad mountainous terrain, wilderness in air, serenity in atmosphere, everything was phenomenon. So, for me Everest Base Camp Trek was a heavenly experience! All thanks to Nepal Intrepid Treks Team for making my trip so superb. It was fun to travel with you. I had everything perfect during my travel and I have nothing to complain about. Good luck for you guys for a better future.